A plot of P vs X, keeping temperature constant is known as adsorption isotherm.

The value of 1/n is less than unity. On taking the logarithm of the equation,

If a plot of log (x/m) vs log c gives a straight line with a slope of 1/n and intercept of log k, Freundlich’s adsorption isotherm is valid

According to Langmuir for a uni-molecular layer, the following relation holds for adsorption,

where k1 and k2 are the constant.

The above equation can be written as-

Table for the prof of Freundlich’s adsorption isotherm 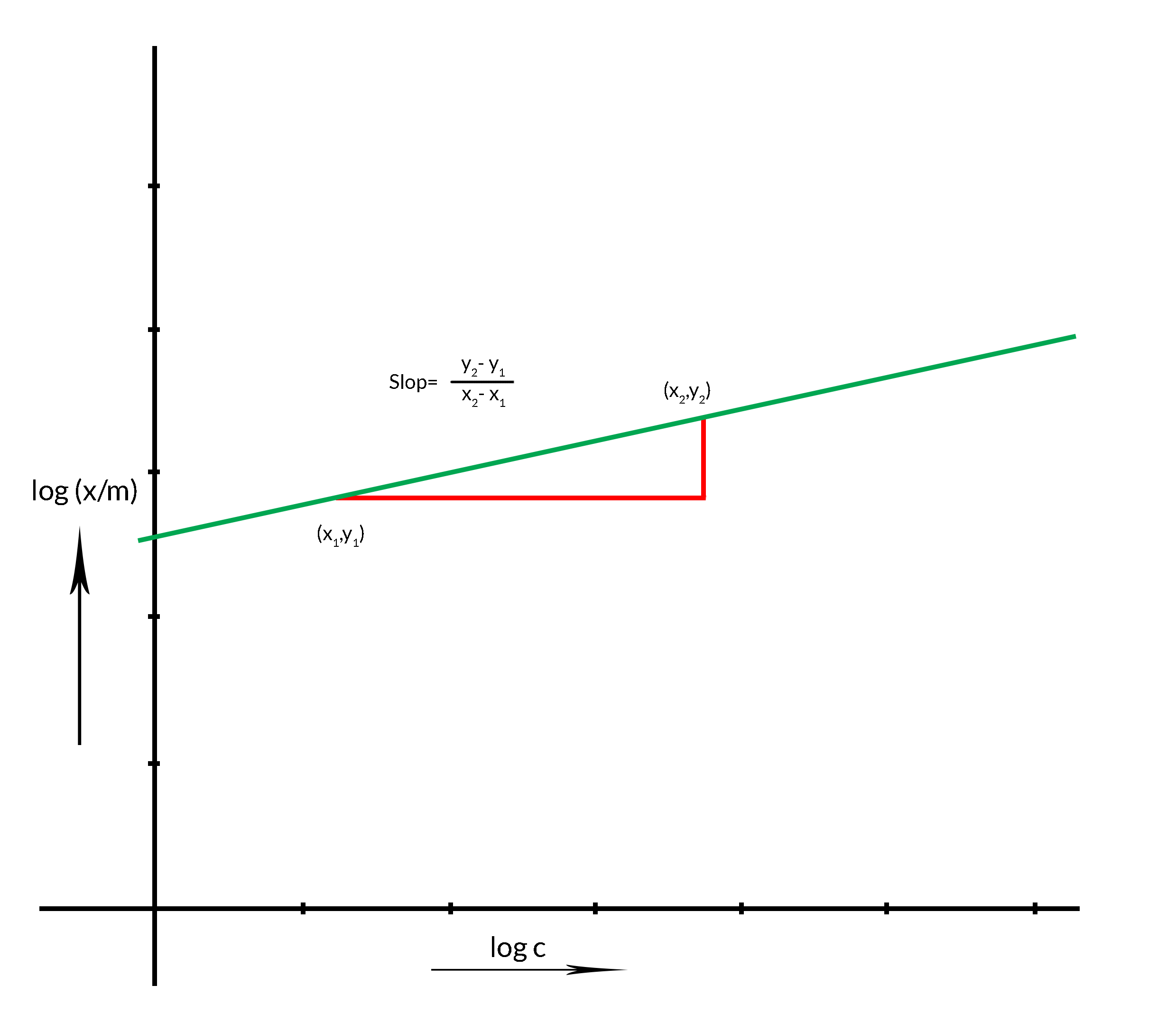 from the above graph, we can see that the graph is a straight line and the slope is 1/n the intercept is log k. we can find the value of k from the intercept.

Table for the plot of Langmuir adsorption isotherm: 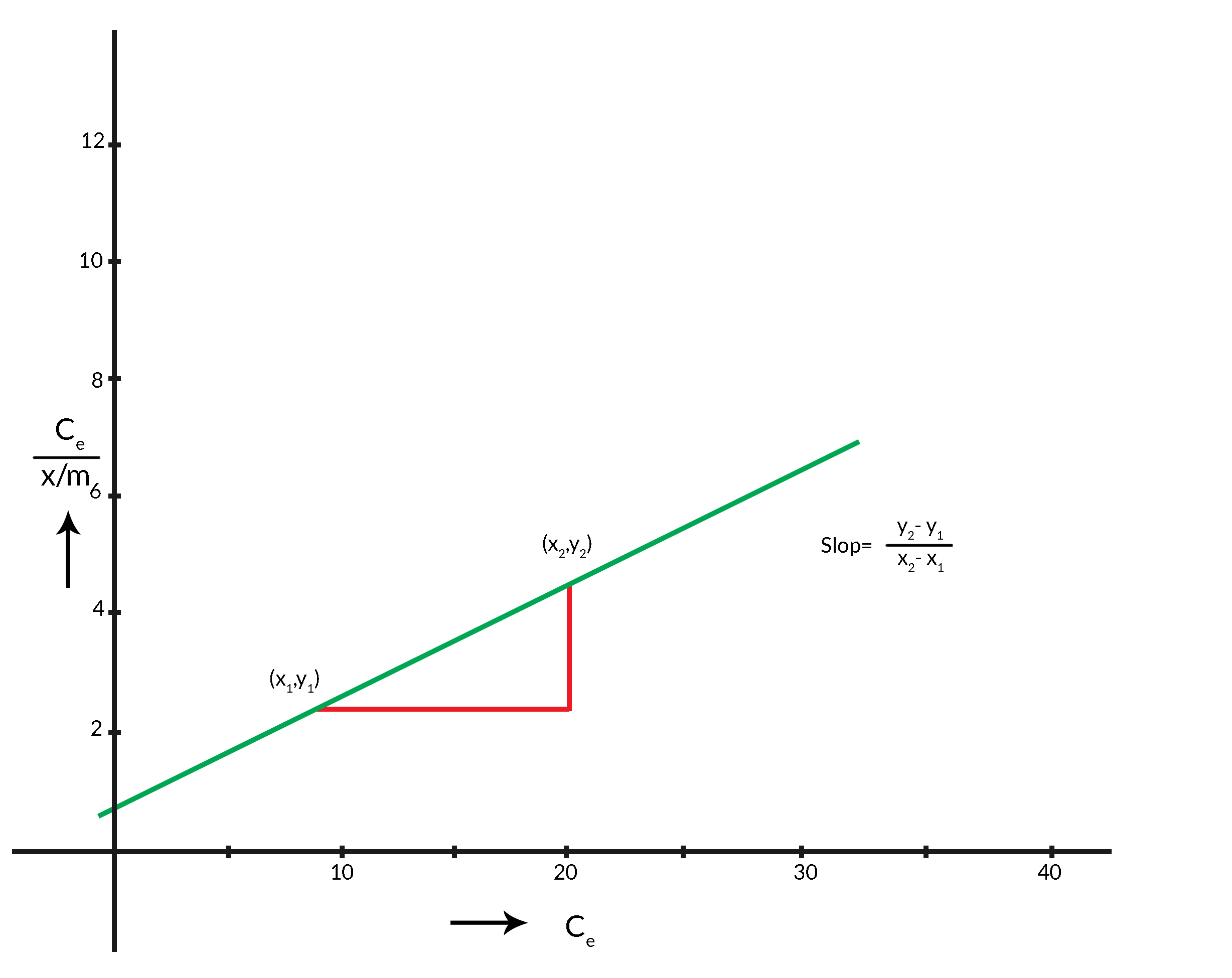 From the Langmuir equation

The concentration of acetic acid after adsorption: