The liquid-liquid miscibility of three liquid systems is based on the phase rules. Knowing the mutual solubility of liquids in a two-phase scheme is sometimes essential. For example, you may need to know how much water is dissolved in an organic liquid substance with which it is in contact, as well as the amount of the organic compound that is in the aqueous phase, with which water is in contact. In this experiment, a three-component mixture (Chloroform – water – 25oC acetic acid and barometric pressure) will be considered and the appropriate ternary phase diagram will be constructed.

According to the face rule, a single face in the three-component system (Chloroform – water – acetic acid at 25 oC and barometric pressure) may possess four degrees of freedom.

These are temperature, pressure, and the compositions of the two of the three components. Because of the difficulty in graphically so many variables, temperature and pressure are generally held constant, so the face rule reduced to

Do you get it that, this is the same special form of the face rule that is applied to the two-component system (e.g. one of the liquid is A and another one is B) of constant pressure only?

Graphical Representation of the Three-Component system: 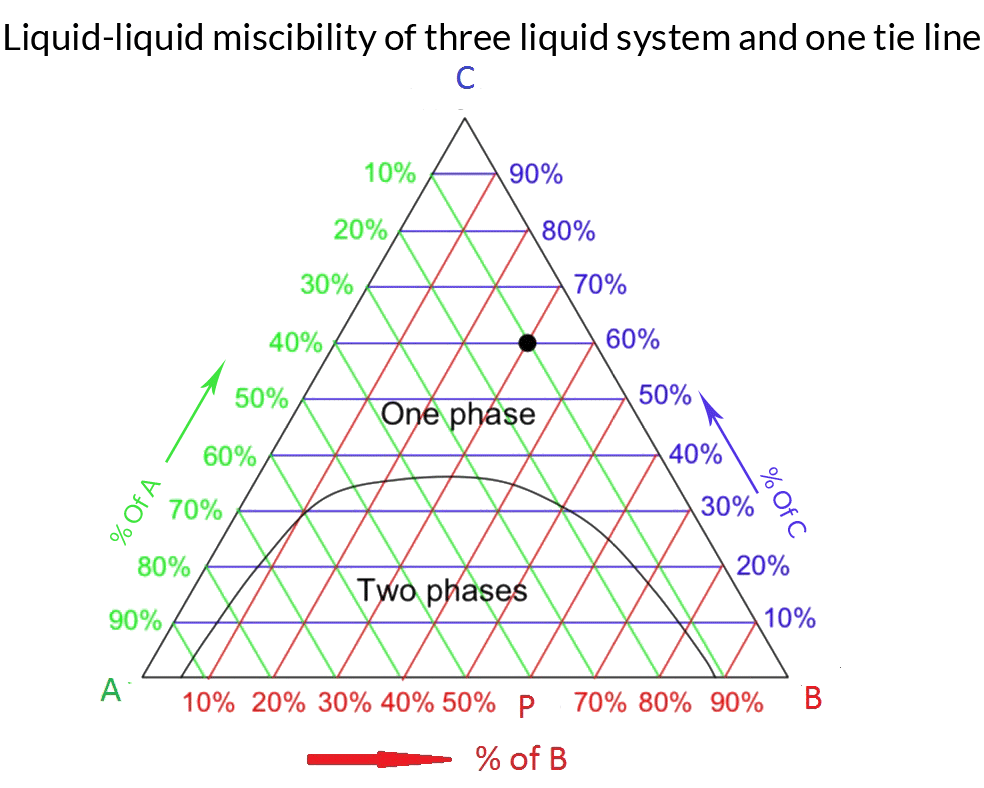 From the above information, we can draw the following graph.

Curve obtained from the joining experimental determined point from the boundary between the homogenous and heterogeneous mixture. From the tie line represented in the graph, the composition of the liquid system can be found.

Physical methods for the determination of cis-trans isomers