Potassium permanent hydrogen peroxide and sulfuric acid (kmno4 h2o2 h2so4) are accessible in nearly all chemical laboratories around the world. KMnO4 and H2O2 react mainly in the medium of H2SO4. To balance the redox reaction, we use the ion-electron technique.

The reaction is an electron exchanging reaction. The reactants in this reaction give and take a certain amount of electrons to make some product. Here, in this chemical reaction, the KMnO4 and H2O2 play the main role, as they exchange the electrons. On the other side, the sulfuric acid (H2SO4) just makes a suitable reaction environment. Since there is electron exchange takes place, we can understand that the oxidation number of the reactants must change. Therefore, the reaction equation in concern is an oxidation-reduction reaction equation.

or, After balancing the Redox reaction

As we talked in the above, the reaction is an Oxidation-Reduction reaction, therefore, by using the ino-electron method we can easily balance the this reaction. 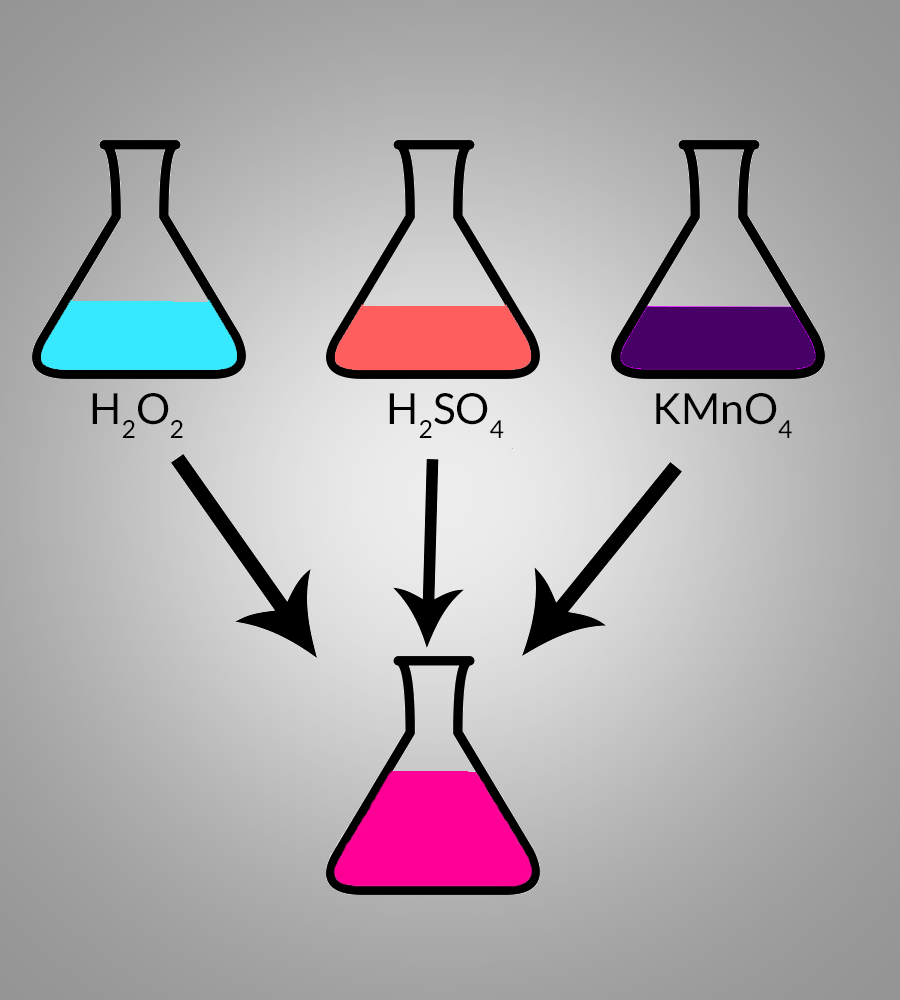 If we carefully notice the above reaction, one of the reactants H2O2 releases an electron and another reactant KMnO4 accepts the electron. Therefore, in this reaction the H2O2 acts as the reducing agent, on the other side, KMnO4  acts as the oxidizing agent.

The Oxidizing agent: KMnO4 or after excluding the spectrator ion, MnO4-1

The Reducing agent: H2O2 or after excluding the spectrator ion,  O-1

At this stage we add necessary ions and radicals to the above ionic form of the full redox reaction,

Therefor, the balanced redox reaction is-