The cis-tans isomers are very common among a very large number of substances in organic chemistry. Sometimes, It becomes so much important to know that if a compound taken under concern is a cis or a trans isomer. To know perfectly cis or trans isomer, physical methods are very easy and fast processes.

Physical methods for the determination of cis-trans isomers

To determine the cis-trans isomer of a substance following physical methods are used. The methods are-

Other physical methods such as  Density, refractive index, boiling point, melting point, etc are not very reliable to determine the cis-trans isomers.

Normally stabilization of the ground ( trans-stilbene is more stable than its cis-counterpart:  π–overlapping in coplanar trans-stilbene makes it more stable, o-hydrogens interact to force out (430) the benzene ring of the plane in cis-stilbene. No such π- overlapping so less stable) state shifts λ max to 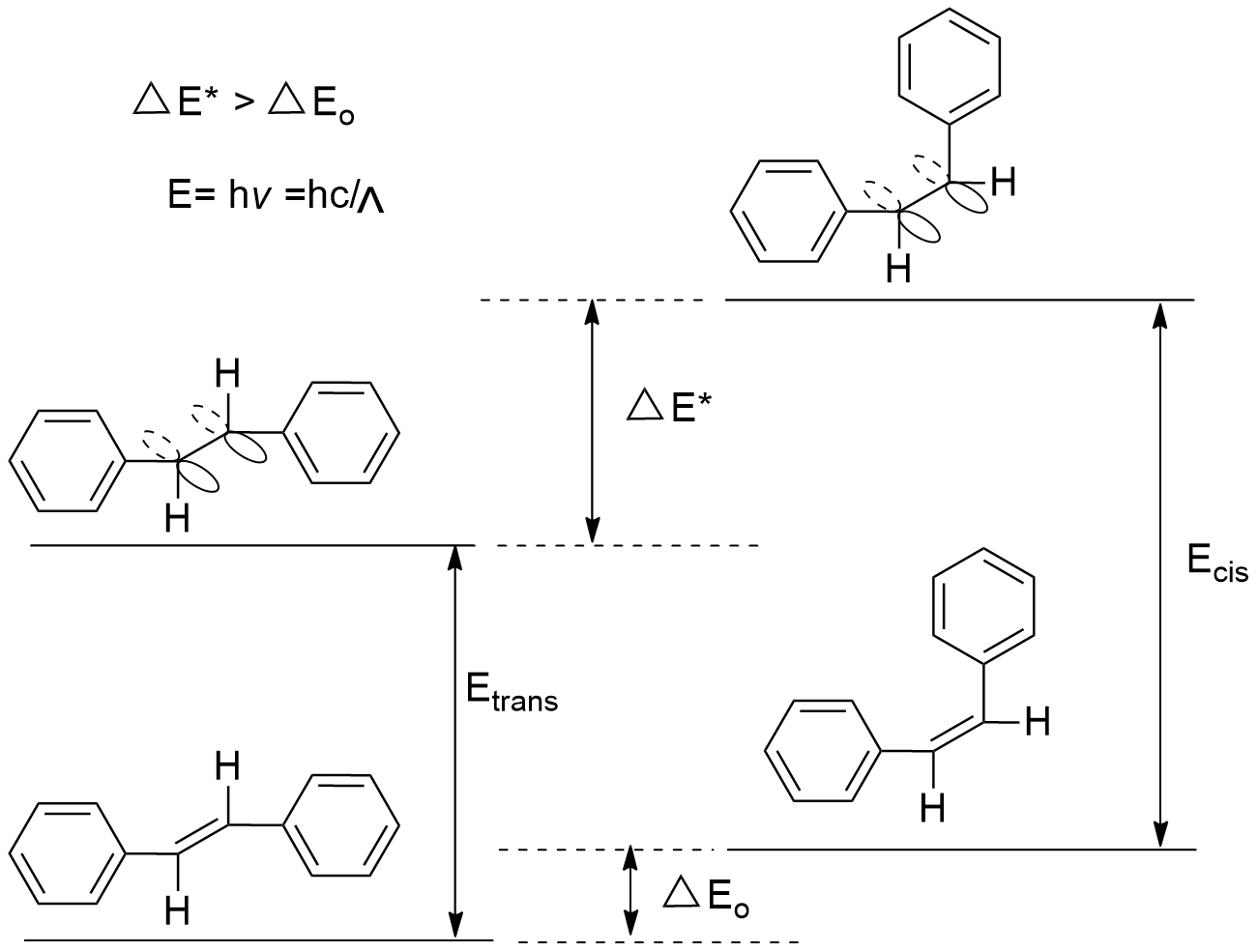 The singlet excited state is a diradical and since the Franck-Condon principle demands that it have the same geometry as the ground state, stabilization of the radical on the side of the twisted benzene ring by benzylic resonance is sterically impeded, thus explaining the much higher energy level of the singlet excited state of the cis isomer.

But when we consider the IR spectrum of cis-1,2-dichloroethylene, (Z) –CHCl=CHCl. We get a strong IR absorption for C=C stretching vibration at 1590cm-1. Thus we can determine if the compound taken under concern is a cis or a trans isomer.

NMR is by far the most useful & versatile technique for distinguishing cis and trans isomer. NMR means Nuclear magnetic resonance. It is a very advanced technique where all the Hydrogen atoms present in a molecule can be determined as well as the number of the C atoms in the molecule can also be determined. But the hydrogens in a molecule with the same chemical environment show single and unique peaks in the NMR graph. But it is an interesting fact that the intercity of the peak or peaks become strong as the number of the Hydrogen increases.

In both 1H and 13C NMR spectrum the chemical shifts and coupling constants are useful to determine the cis-trans isomers.

In alkenes of the type RCH = CHR” or RCH = CFR’; RCF=CFR’; H-H, H-F, F-F coupling constants can be used to assign configuration.

Chromatographic methods do not usually serve to identify cis-trans isomers.